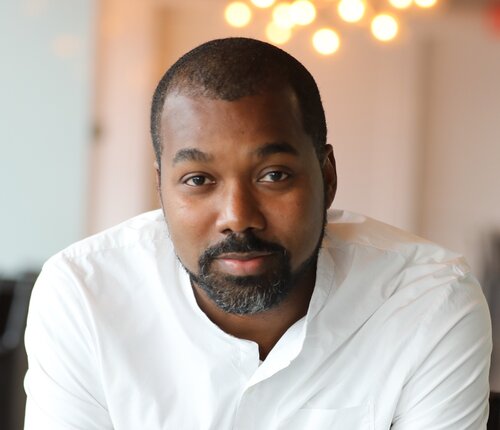 Hunt is the author of Dreaming the Present: Time, Aesthetics, and the Black Cooperative Movement (UNC Press, 2022). There he explores a question deeply pertinent to our times: what happens when progress is no longer the point? What happens to time? What happens to a movement? Unsettling our basic assumptions about what a movement is, he charts almost a century of black mutual aid and its extraordinary departures from progressive time. He takes through schools, farms, banks, homes, health clinics, shops, daycares, and burial grounds to show how a people rebuilt a world on their own terms.

With special attention to the interplay between activism and art, his research and teaching focus on topics including African American Literature, performance studies, freedmen's towns and experimental communities, social movement theory, and humor studies. His work has appeared in American Quarterly, American Literature, American Literary History, Public Books, Dilettante Army, Post45, and elsewhere. His work has received support from the Woodrow Wilson Foundation, the Mellon Foundation, the Ford Foundation, the John W. Kluge Foundation, and the NAACP. His is currently working on three books: Bitter Tea: Stories, Love Cycles: Poems and Edgelands: A Journey through Black Towns across America and Beyond. Hunt is the 2022-23 Helen Corley Petit Scholar, an award given to no more than seven professors across the entire college for an extraordinary record of scholarship and teaching.

“Introduction to the Study of Literature and Culture” (200)

“Love and Sound: Writing about Literature” (360)

Unit for Criticism and Interpretive Theory

A Video Introduction to Dreaming the Present

Edgelands: A Journey through Black Towns across America and Beyond (in progress)

“This Bridge Called the System: An Interview with Stephanie Morningstar,” Dilettante Army (Fall 2021).

“The Hesitations of Speculative History,” Contemporaries at Post45 (February 2019).