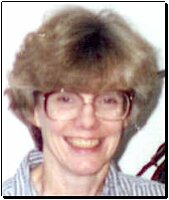 Carol Thomas Neely received her PhD from Smith College in 1961 and her PhD from Yale University in 1969. She taught at the University of Illinois, Urbana-Champaign from 1965-73 and 1988-2011 and at Illinois State University from 1975-76 and 1981-88. Her research has focused on Renaissance drama, especially Shakespeare, and poetry, especially the sonnets, and feminist criticism and theory. She has been Trustee and President of the Shakespeare Association of America, has been on the editorial boards of PMLA and Shakespeare Quarterly and has written program notes, lectured, taught, and led discussions in conjunction with Shakespeare theaters and festivals in Stratford, Canada, Chicago, Colorado, New Jersey, Clemson and, most often at the Oregon Shakespeare Festival in Ashland.